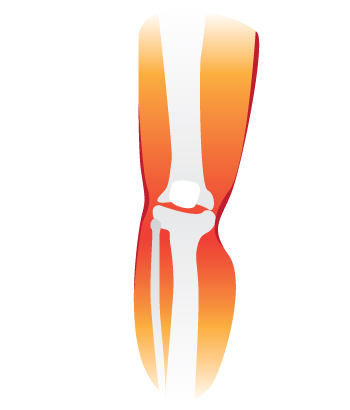 Ligaments are fixed bands of fibrous collagen material which stabilise a joint by holding the two adjacent bones together, either at the side of the joint or within the joint.  They are usually injured by trauma involving blunt impact or rotational force placed on a joint during impact sports.   A ligament injury can be a low grade sprain of the ligament where only a few fibres are torn or a Grade III injury where the whole ligament is torn, resulting in instability of the joint.  Anterior cruciate ligament (ACL), Posterior cruciate ligament (PCL) and Medial collateral ligament (MCL)of the knee, Anterior talofibular ligament of the ankle, posterior longitudinal ligament of the spine, acromioclavicular & coracoclavicular ligaments of the shoulder and intercarpal ligaments of the wrist are some of the most commonly injured ligaments in sport.